The Children’s Portable Shrine at an Autumn Festival

In Japan, we have the custom to do festivals in autumn. It is said that the autumn festival is held to appreciate the rice harvest to God. 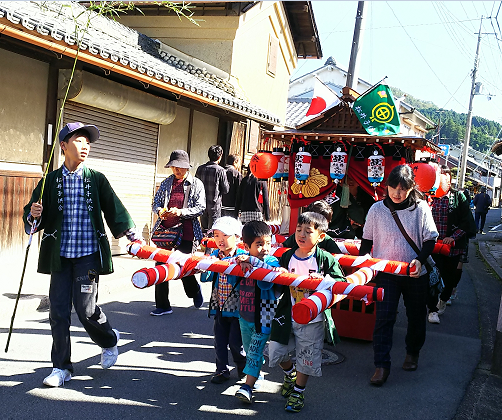 In Japan, we have the custom to do festivals in autumn. It is said that the autumn festival is held to appreciate the rice harvest to God.

At Uda Mikumari Shrine in Nara prefecture, the Todano Mikuru Festival is held on the third Sunday of October every year. It’s a venerable shrine the foundation of which dates back to around the early first century B.C., with three of the five main buildings designated as national treasures.

The main autumn festival here is a valiant one in which adults from five villages draw mikoshi portable shrines weighing as much as 1 ton. A lot of people come to watch and take pictures of this parade.

I went to this festival the other day. It was a typical fine Japanese autumn day. While waiting for the adults’ mikoshi shrines to come to the shrine ground, I encountered a cute little mikoshi drawn by children. They were shouting and cheering each other on while carrying a tiny mikoshi on their shoulders. This parade made me understand that in this way Japanese children cultivate a feeling of appreciation to God for the rice harvest and other blessings of Nature. It is a good old custom in Japan.

On the way back, I had dumplings at a Japanese sweets shop near the shrine. The taste of dumplings made with freshly harvested rice was exceptional. I also thanked God for the harvest of this year’s rice in my mind while enjoying the dumplings. 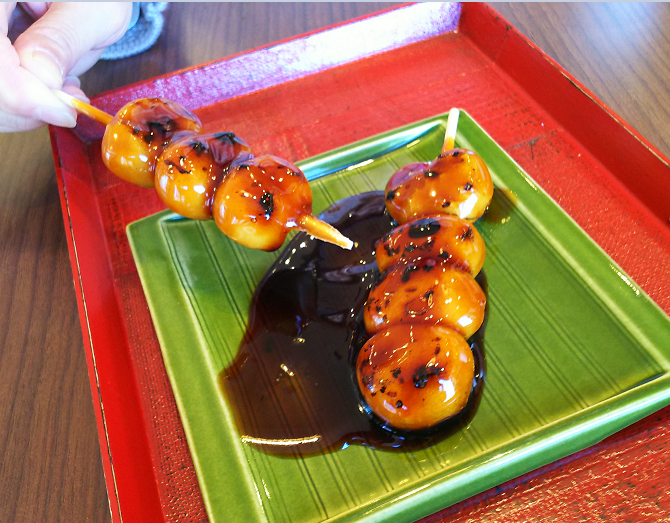